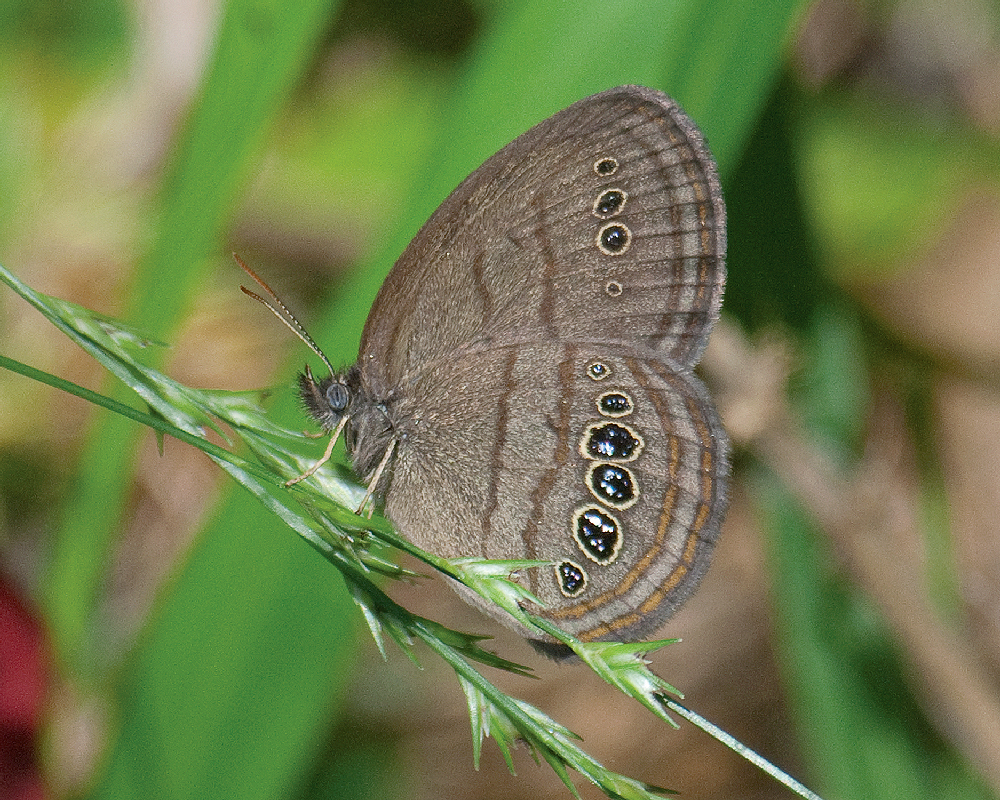 Egg: Greenish orb, laid singly or in very small clusters on or near host plant

On June 3, 2000, Dr. Jeffrey Glassberg, president of the North American Butterfly Association, and his wife, Jane Scott, casually focused their binoculars on a medium-sized butterfly resting on a Bibb County roadside.  To their amazement, they saw Mitchell's Satyr--a critically imperiled, federally endangered species whose nearest known population was more than 500 miles away in North Carolina.  Intense searches occurred over the next three years, and several small, fragmented colonies were discovered within the Oakmulgee Ranger District of the Talladega National Forest. In the years that have followed, other colonies have been found, and the species is now known from four counties in Alabama.  But Mitchell's Satyr habitat is ephemeral: as natural plant succession has progressed, some of the original sites no longer seem to support the butterflies.

Mitchell's Satyr's ecological niche in Alabama is only beginning to be understood, but it is clear that this species is a habitat specialist.  A wetland species, it bobs and weaves through vegetation that forms the interface between open, sunny marsh meadows and canopied swamp forests. Shrubs are numerous, but grasses, sedges, and rushes predominate in the dappled shade.  In Alabama, this unique habitat is most often created and maintained by long-term beaver activity.

Mitchell's Satyrs avoid direct sunlight and are most active in late afternoon and on warm, overcast days. Males patrol in search of females who spend most of their time resting beneath foliage.  In other parts of this butterfly's limited range, sedges are listed as primary host plants, but in Alabama, Mitchell's Satyrs have been observed using grasses as hosts. 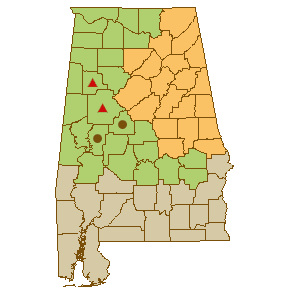 Various sedges (Carex spp,) are typically reported in other areas, but in Alabama we have found that in addtion to 2 sedge species, these grasses are also used as hosts.