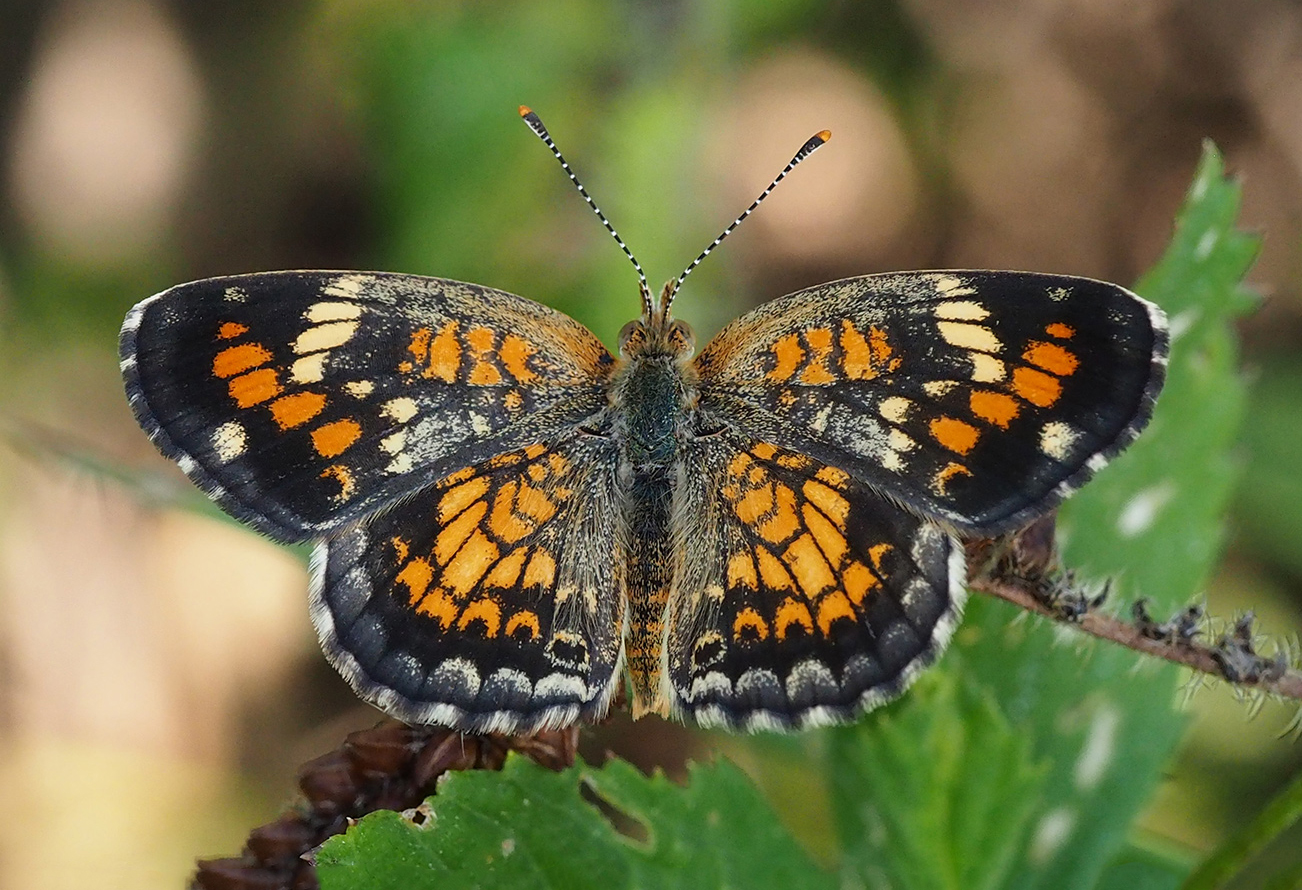 Butterfly: Wingspan: 1 - 1½ inches (2.5 - 3.8 cm). The forewing is dark orange and black with a pale cream band. The underside of the hindwing is cream to yellowish; spring and fall butterflies have a gray hindwing.

Egg Tiny, pale green orbs that are laid in clusters on the underside of host plant leaves.

Phaon Crescents are southern butterflies.  Their host plants belong a tropical genus that cannot withstand freezing temperatures.  It Alabama, Phaon Crescents are most commonly encountered in the Coastal Region, although by late summer, they often expand their range into the southern part of the Upper Plains Region in areas where frogfruit is common.  Phaons seldom stray far from frogfruit and should be sought wherever it is found.

Phaon and Pearl Crescents often fly side by side.  Seemingly an identification nightmare, Phaons can be distinguished by the unique creamy band that bolts down the forewings.  These butterflies are exceptionally low fliers, almost never rising more than six inches above the ground. 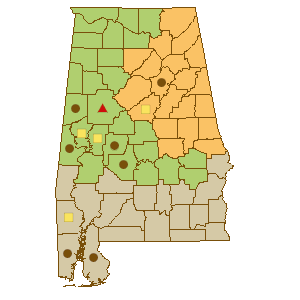 Frogfruits (Phyla spp.) are widely reported throughout the range and have been documented in Alabama.

Frogfruit, the Phaon Crescent's host plant, is an excellent groundcover and can even be used in place of turf grass within its growing range.  In addition to providing food for caterpillars, its tiny, matchstick flowers attract many species of butterflies to their nectar.