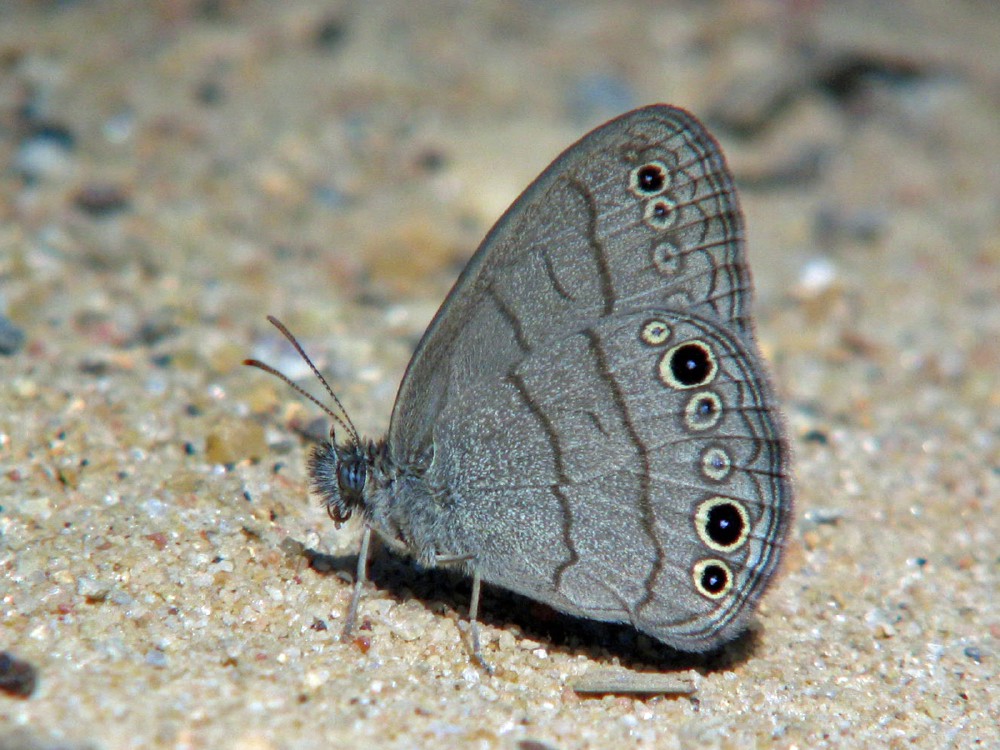 Butterfly: Wingspan: 1¼ - 1½ inches (3.2 - 3.8 cm). Drab brown butterflies that are virtually indistinguishable from Carolina Satyrs in the field.  Differences in genitalia and DNA sequencing are diagnostic.

ID Tip: The upper surface of the forewing is typically uniformly brown, while Carolina Satyrs often exhibit a darker hue near the body.  On the outer surface of Carolina Satyr's hindwing, the outer (postmedian) line often bulges toward the body while Intricate Satyr's tends to be straight.  However, these field marks should be considered helpful but not diagnostic.

Caterpillar: Very similar to Carolina Satyr.  To date, the only reported difference is a slight variation in overall color: Intricate Satyr caterpillars are yellow-green while Carolina Satyr caterpillars tend to be a bluer green.  There is a pronounced mid-dorsal stripe, several faint longitudinal stripes, and a slightly forked tail. The head lacks horns and is darker than the body.  The larva is the overwintering stage.

Chrysalis: Very similar to Carolina Satyr. The only reported difference is the absence of a dark abdominal spot on the wing area that is present in Carolina Satyr.

Intricate Satyrs were discovered by accident in 2014 during DNA sequencing of Carolina Satyrs.  This newly described species flies with and has been combined with the very common Carolina Satyr for more than two hundred years. The two species differ strongly in both male and female genitalia, but no reliable wing pattern differences have been determined. (See "ID Tip" above). The species name "Intricate" refers to the difficulty in recognizing this very distinct species and its intricate ventral wing patterns.

Initially discovered in Brazos Bend State Park in East Texas, Intricate Satyrs are thought to be widely distributed in the eastern U.S. In fact, photographs of Intricate and Carolina Satyrs taken in Alabama by Vitaly Charny were used in articles annnouncing the find.

For more information about the discovery of this cryptic species: 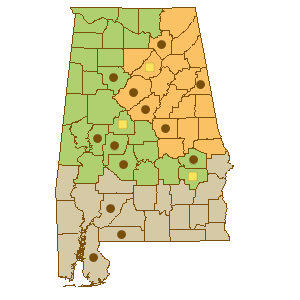 No host plant has been verified in Alabama