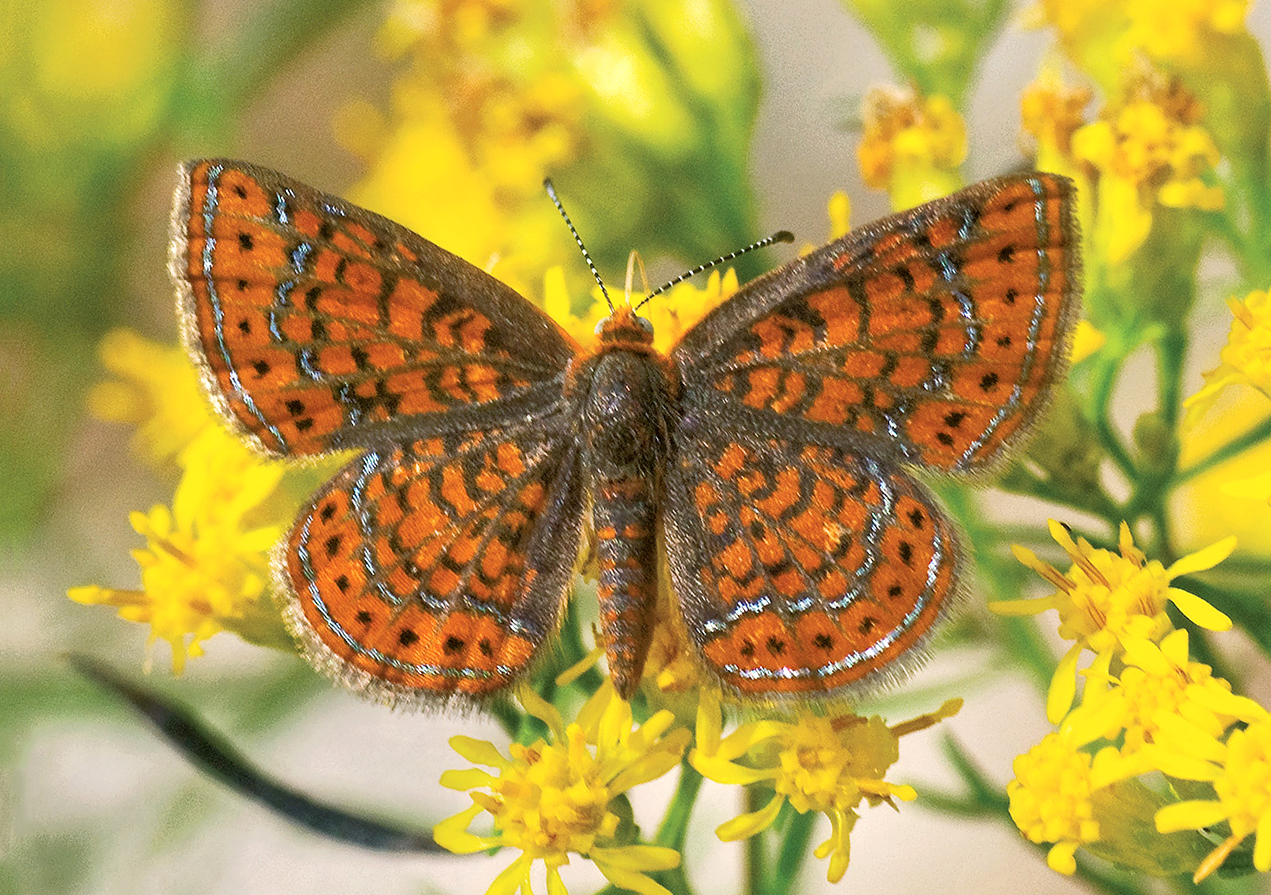 Chrysalis: Larval hairs are included in the formation; looks distinctly hairy. Often attached to the underside of host plant leaves.

Little Metalmarks are reminiscent of small moths: low flying and sedentary, they are easy to overlook.  They are partial to yellow, daisy shaped flowers when nectaring, and seldom venture far from their host plants, which are typically found in pitcher plant bogs and pine savannas.  Several generations are produced each year, but Little Metalmarks are tightly brooded, so significant gaps may exist between flights.

Caterpillars are peculiar creatures whose wispy white hairs resemble a Mohawk haircut. They chew skeletonized windowpanes into leaves, an eating pattern that is distinctive and easy to spot.  Chrysalides are often attached to the underside of host leaves.  Larval hairs are included in their formation, resulting in the appearance of unkempt fur balls. Horrid Thistle is often listed as Little Metalmark's host plant, but in the sites they have been found in Alabama, they choose Vanilla Leaf, an odd plant with leathery leaves that exude the scent of vanilla.  It forms loose colonies within pinelands, savannas, and pitcher plant bogs.  Second year plants produce tall, flowering stalks topped with flat clusters topped with lavender blossoms, but Little Metalmarks prefer young leaves and often choose non-flowering, first year basal rosettes for egg laying.

Little Metalmarks are currently known from only a few locations in Alabama but should be searched for wherever their host plants occur. 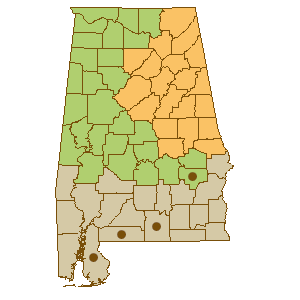 Horrid Thistle (Cirsium horridulum) is widely reported in nearby states, but Little Metalmarks have not been found to use it in Alabama (although the possibility exists that some populations may).

Vanilla Leaf/ Deer’s Tongue has been documented as a host in Alabama.