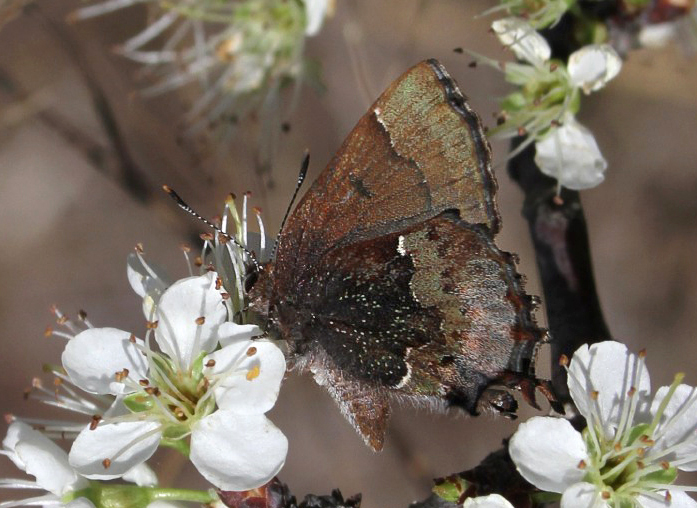 Butterfly: Wingspan: ¾ - 1¼ inches (2.2 - 3.2 cm). Underwing surfaces are brown and distinctly two-toned.  The outer half is much lighter brown in color.  There is gray frosting along the outer margin.  There is a short, stubby tail.

Spring is the season for Henry’s Elfins, and the woods are their habitat.  Sometimes known as “Woodland Elfin,” these butterflies inhabit a variety of wooded habitats, and their host plants vary accordingly.  Those in the Coastal Plain are typically holly-eaters.  In north Alabama, these elfins have been observed using Redbud.  At Oak Mountain State Park, Carolina Buckthorn was finally discovered to be their host.  Wherever they live, Henry’s Elfins spend the majority of their time in trees: perching, ovipositing, and nectaring. Often encountered along woodland paths, males aggressively defend small territories and swirling dogfights with other elfins or an occasional skipper may last for several minutes. 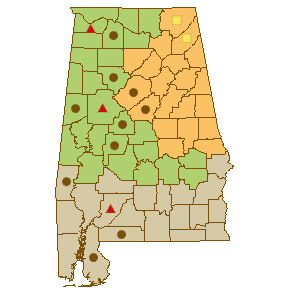