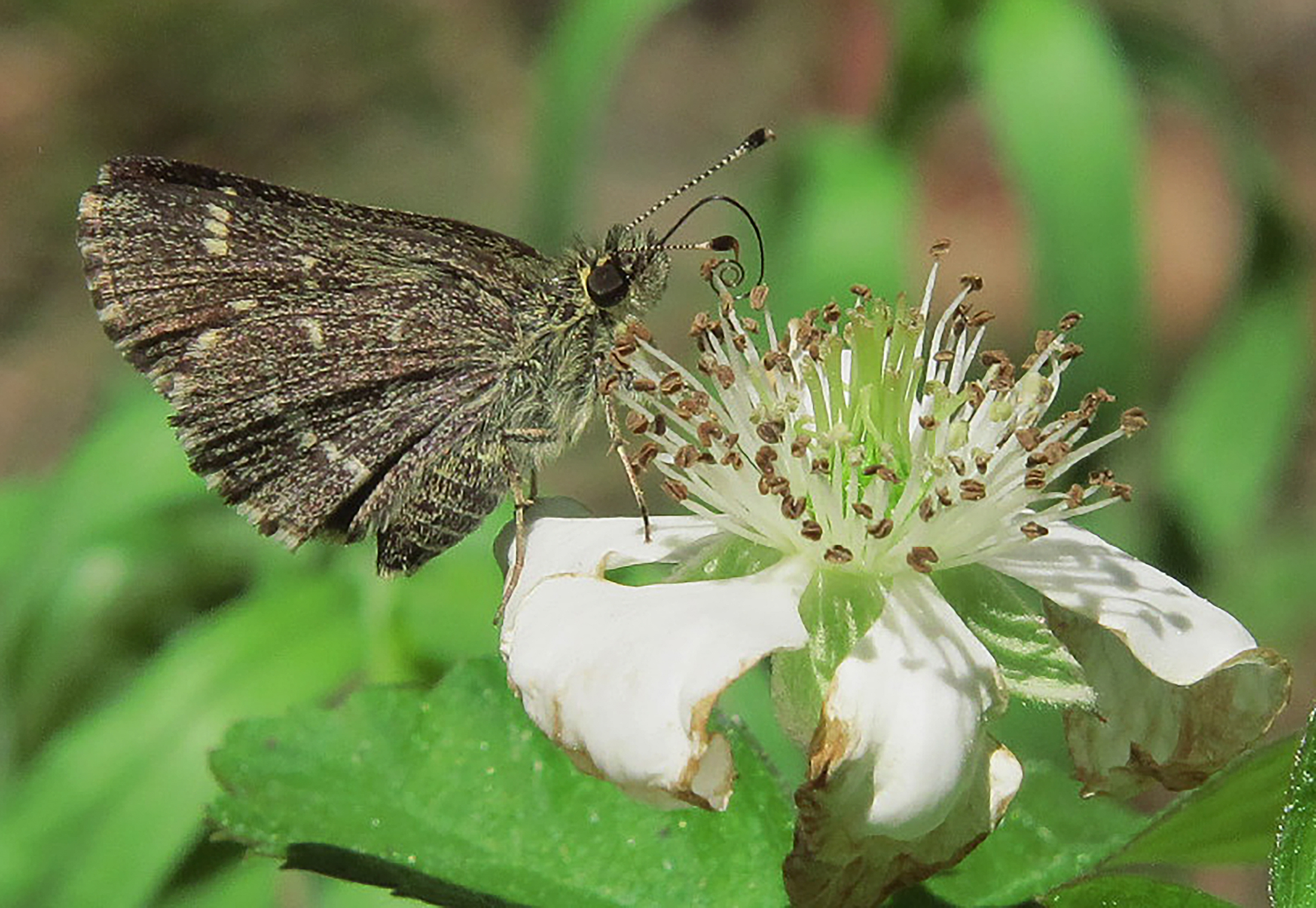 Butterfly: Wingspan: ¾ - 1¼ inch (2.2 - 3.1 cm). This dark brown skipper is easy to identify from the underside because the ground coloration of the wings actually looks as if it was sprinkled with minute grains of salt and pepper. Both wings on the underside contain several white spots on the basal and medial areas and a band of postmedial white spots. Checker squares of brown and white line the wing fringes. The upperside is dark reddish brown with a band of small white spots on the forewing

Caterpillar: The caterpillar is pale green with a dark green middorsal stripe. The head is light tan with a rusty brown triangle in the center of the face and two rusty brown stripes at the lateral edges of the head. The caterpillars construct a retreat by rolling a grass blade (or two) into a tube which is held together with silk threads and suspended from a grass blade. Later, they chew through the strands holding the nest to the grass blade and drop to the ground. It seals itself in the nest where it overwinters until the following spring or summer before pupating.

Chrysalis: The chrysalis is light beige with a tinge of green.

Males often perch on grass stems within two feet of the ground in wet marshy areas. They may leave their perch occasionally to nectar on flowers growing along nearby dirt roads or open woodland trails.

The Pepper and Salt Skipper is found from north Florida west to east Texas; thence northward to Manitoba and east to Maine and Nova Scotia. 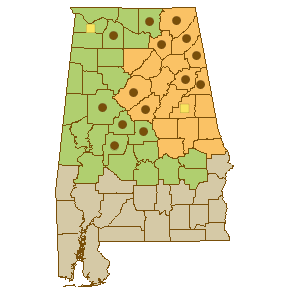 The Pepper and Salt Skipper prefers wet habitats such as moist openings at the edges of and within woodlands. It is often found along bottomlands near stream corridors, and wet areas along utility right-of-ways.

In Alabama, the host plants have not yet been documented.

Pepper and Salt Skippers nectar from a variety of flowers.  They also sip moisture and nutrients from damp soil.

If you have a lawn in your landscape, consider letting it be natural.  The diverse assemblage of native and nonnative flowering plants and grasses typically found in naturalized lawns provides nectar and host sources for many small butterflies including Pepper and Salt Skippers.