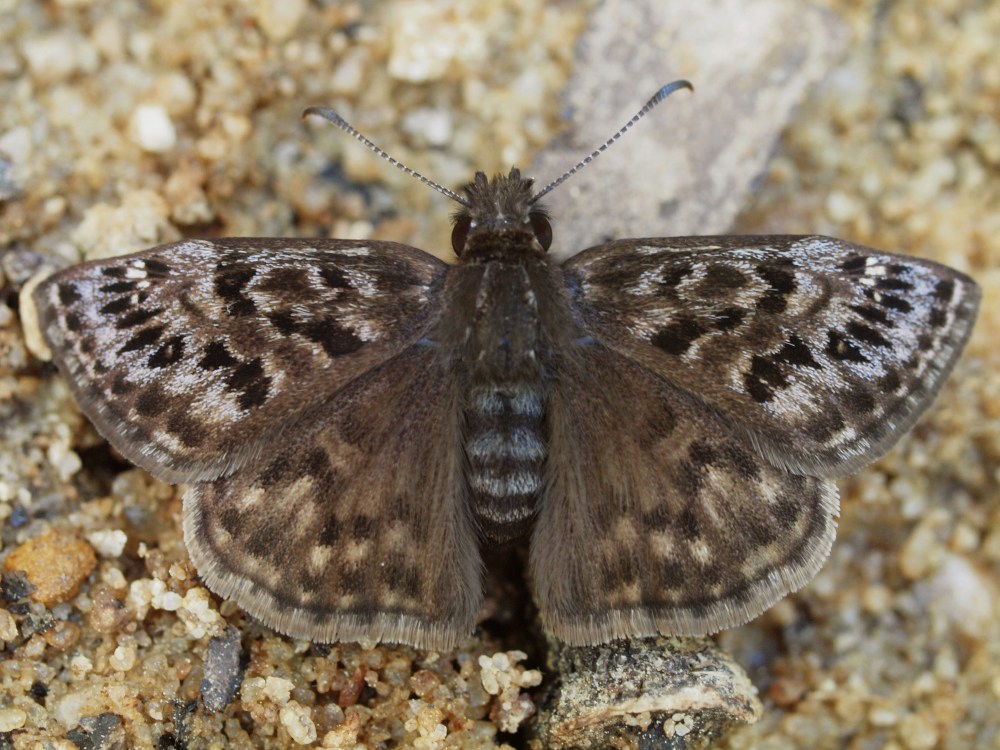 Butterfly: Wingspan: 1 - 1¼ inches (2.5 - 3.8 cm). This skipper is light brown above and fresh individuals have an iridescent  lavender sheen, especially on the forewing. The open (dorsal) wing surfaces are strongly mottled with dark blotches. Glassy spots are present in outer one-half of forewing. The wing fringes are brown.

Egg: When first deposited, the eggs are pale green, but quickly turn pink.

Caterpillar: The larvae are pale green and covered with short hairs and white speckles. The head has small patches of red, orange, or yellow.

Mottled Duskywings are known from only a few locations in Alabama. According to NatureServe (a network of biodiversity scientists), Mottled Duskywings are rare, declining, or eradicated throughout their eastern range.  These skippers are dependent on habitats that support their only known host plant, New Jersey Tea, a small shrub in the Buckthorn family.  While this plant is widespread in Alabama, the butterflies do not appear to be.  Some lepidopterists believe that multiple patches of the host plant are required within an area that covers at least 250 acres.

Mottleds emerge a little later than other spring-flying duskywings.  They are double-brooded, although the first brood may be larger than the second. Males are often seen perched, with wings widespread, on limbs and twigs growing close to the ground. They also sip moisture and minerals from damp soil.

The Mottled Duskywing is found from southern New England west to Ontario, Minnesota, Wyoming and Colorado; thence southward to Texas and eastward along the Gulf coastal states to Georgia. They are more common in the western part of their range. 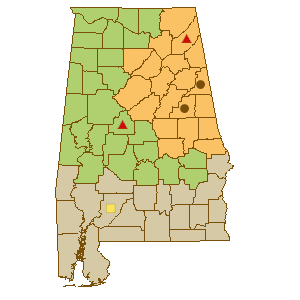 Common New Jersey Tea (Ceanothus americanus) is the only known host throughout Mottled Dusywing's range.  It has also been documented in Alabama.