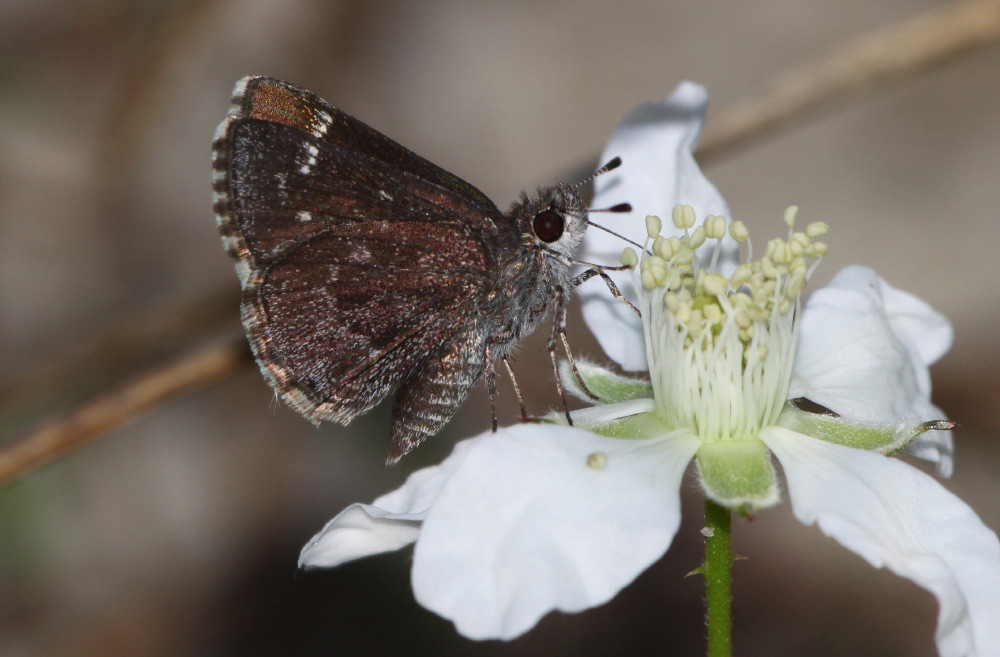 Butterfly: Wingspan: ¾ - 1 inch (2.2 - 2.5 cm.). This is the smallest of the Amblyscirtes skippers. It is often confused with Common and Bell's Roadside Skippers. The wing fringes are checkered with blocks of black and white. Dorsally, males are dark black to brown with a variable number of distinctive white dots. Females are not as well-marked as males. The underside (hindwing) of both sexes is spattered with tiny bluish-gray flecks. The antennal clubs are blunt, without a tapered extension.

Caterpillar: Head is light colored with chestnut brown stripes.  Body is frosted with white. Folds over a part of host leaf or ties blades together to make a shelter.

The Dusky Roadside Skipper is one of the most difficult skippers to locate, even in areas where it is known to have an active population. Its flight is rapid and very close to the ground: it may occassionally be found at flowers. In our area, there are probably three broods.

This secretive skipper is found in disjunct populations from southeast Virginia south to Florida, and west to E. Texas. 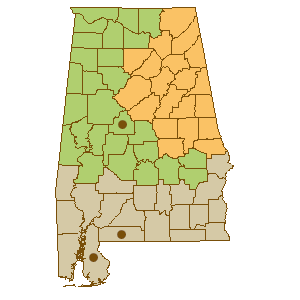 Bearded Skeleton Grass (Gymnopogon ambiguus) is reported in Florida and has been documented in Alabama.